Immediately after organizing St. Mark’s Church in 1858, Episcopalians in San Antonio set out to erect a building. No matter that San Antonio was a rowdy frontier outpost reached only by a tortuous overland route from the Texas Gulf Coast. In their enthusiasm, St. Mark’s members would settle only for the nation’s leading church architect—Richard Upjohn in New York City. St. Mark’s became Upjohn’s only building in Texas and one of his few, west of the Mississippi.

The St. Mark’s cornerstone was laid in 1859 and the church was completed sixteen years later. Additions during the next century maintained Gothic Revival traditions. The church complex, an architectural landmark, is listed in the National Register of Historic Places.

Many of the state’s leading architects, all based in San Antonio, contributed to the growing complex. English-born Alfred Giles designed a parish hall in 1913. In the next decade his son, E. Palmer Giles, and Kurt D. Beckmann designed its much larger replacement. Atlee B. Ayres advised on redecorating the nave, including the short-lived addition of a rood screen, in 1936. Henry J. Steinbomer designed a narthex extending the nave and added a cloistered walkway and a tower, finished in 1949. The firm of Ford, Powell & Carson planned a major renovation of the parish house, completed in 2008. 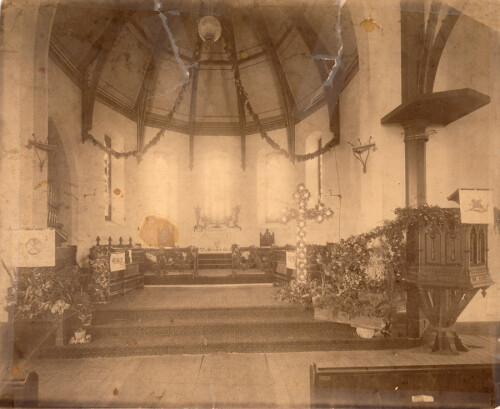 Easter 1858 was a time of resurrection for the Episcopal Church in San Antonio. Eight years earlier, the Diocese of Texas had admitted Trinity Church of San Antonio, with 13 communicants. The congregation struggled to find a permanent location and a rector, finally falling into a complicated dysfunction referred to in surviving records only as “a state of affairs.” Read more. 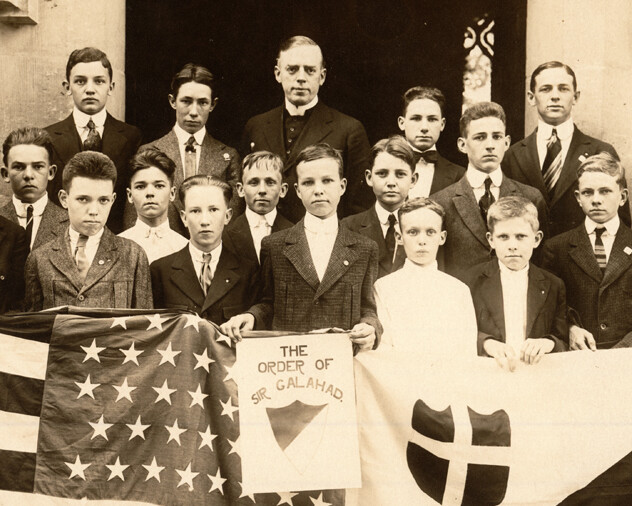 Out of the Shoebox

The fifth rector of St. Mark’s, the Rev. Walter R. Richardson, arrived in 1868 a week before one of San Antonio’s worst weather disasters. “Every windowpane and sash in the town” was shattered, he remembered, and one person died, in a storm of hailstones weighing as much as a pound. The city’s first Protestant church structure, where St. Mark’s members had briefly met, collapsed. Read more. 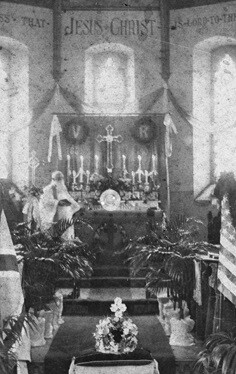 St. Mark’s has long cooperated with those with other beliefs. Church facilities were shared on occasion with Temple Beth-El when it was nearby, with Travis Park Methodist Church for three years after a fire and, in the 1920s, with the Greek Orthodox congregation of St. Sophia, prior to completion of its new church. Read more. 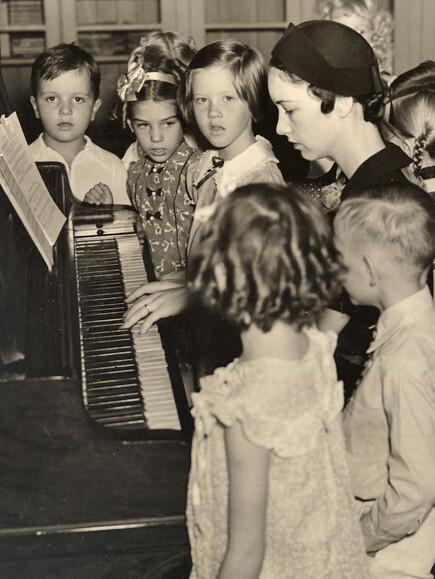 "One of America's Greatest Parishes"

In the exuberance of the 1920s, St. Mark’s replaced its adjacent parish hall and the historic residence next door with a new parish hall and auditorium complex. Some advocated continuing with plans to expand the nave and build a tower, but cooler heads decided to first pay down existing debt. It was a fortunate decision. Read more.

Suburban flight began shrinking the St. Mark’s congregation in the 1960s just as it was plaguing downtown merchants. Suburban churchgoers were finding new suburban churches just as shoppers were moving to new suburban malls, which, like the new churches, offered plenty of the free parking that could not be matched downtown. Read more.

On October 14, 2018 we celebrated the 160th Anniversary of St. Mark's Episcopal Church. View the PowerPoint shown on Founders Day.