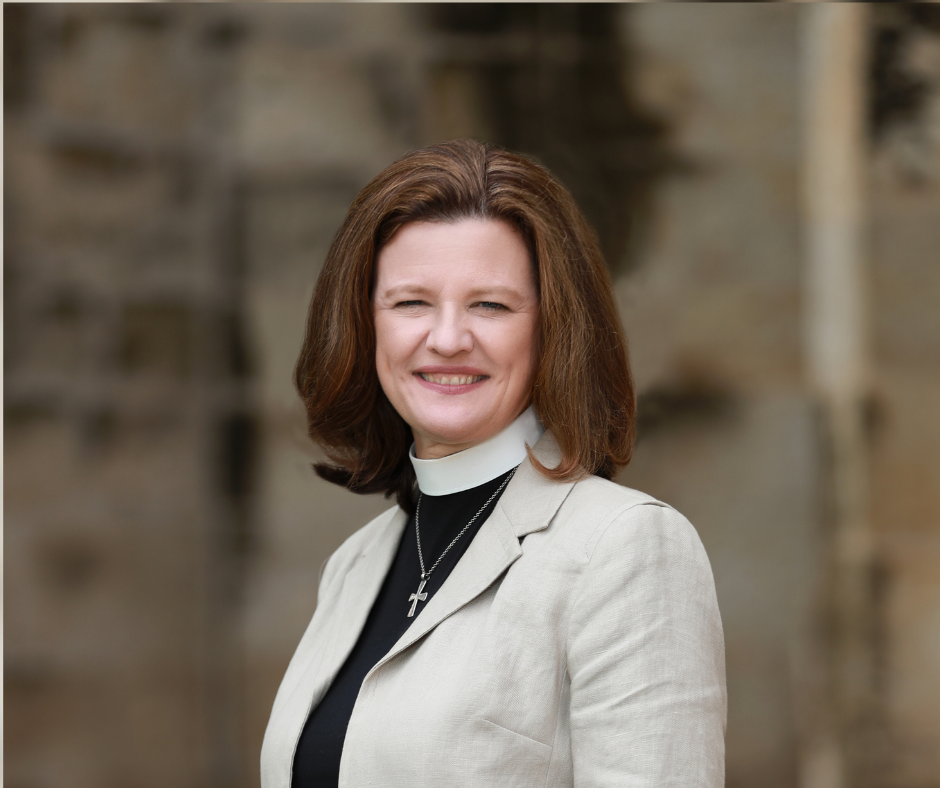 At a Diocesan level, she currently serves on the Board of Examining Chaplains and the Standing Committee. She loves to meet with parishioners and is never too busy for a cup of coffee or lunch to get to know people better. During these times of social distancing, she is well versed in Zoom and FaceTime for those looking to connect one on one.

Originally born in Atlanta, Beth spent most of her childhood in Bethesda, MD, and then Mt. Pleasant, MI. She was raised in the Society of Friends (Quakers) and became an Episcopalian in college. She has been an associate at Green Bough House of Prayer, an ecumenical retreat center in Georgia, since 1998. Their rule of life forms her as she tries to live out its seven principles: the sacrament of the present moment, prayer, simplicity, silence and solitude, spiritual direction, spiritual reading, and frequent participation in the Eucharist (Holy Communion).

Beth graduated from Albion College with a degree in Political Economy in 1990 and has a Master’s degree in public policy from the University of Michigan. She worked as a budget analyst at the Centers for Disease Control and Prevention for ten years until being called to the priesthood. She attended Candler School of Theology at Emory University. She was ordained into the priesthood in January of 2005 at St. Peter and St. Paul Episcopal Church in Marietta, GA. Prior to coming to the Diocese of West Texas, she served at the Cathedral of St. Philip in Atlanta for eight years as the Canon for Liturgy and Prayer. During that time, she served on many Diocesan committees, including chairing the Commission on Liturgy, serving on the Standing Committee, and serving on the Transition Committee for the tenth Bishop Atlanta. She was also a frequent Quiet Day and Retreat leader.

Joy, Laughter, and the Second Coming