What Star Are You Following?

O God, by the leading of a star you manifested your only Son to the peoples of the earth: Lead us, who know you now by faith, to your presence, where we may see your glory face to face; through Jesus Christ our Lord, who lives and reigns with you and the Holy Spirit, one God, now and for ever. Amen
Tomorrow is the Feast of the Epiphany, when we celebrate the wise men and their arrival to pay homage to the Christ child. They have traveled far, been encouraged by the political authorities of their day to report back, and listened to an angel that invites them to return home by another road. Last year on the 6th of January we had something of a very different nature manifesting itself in our country. You may remember we offered a prayer vigil that evening so we could create a sacred container to hold those images and the violence we were watching unfold. That moment of epiphany was no less sacred for us than those wise men paying homage to the Christ Child. They were asked to choose what and whom they were following. They made the courageous decision not to bow to the political powers of the day and instead go home by another road.
It ultimately comes down to what star you are following in your life. When we seek the Christ Child, that does not mean we never engage politically. In fact, I would argue that would be exactly the wrong response. We are called as people of faith to engage in the work of the world, and that of course includes the systems of government that we participate in. But the question is, what is grounding that action? The wise men were able to discern that they needed to listen to the angel that told them to pick a different way of returning. That requires openness, curiosity, courage, and the faithfulness to change course.
When I went to seminary some people thought moving from public policy to the church was a huge change. For me it was all along that same trajectory. I was called to make the world a better place whether I was developing policy briefings or standing behind the altar. The main difference for me was that the impact was more discernible at a community level as a priest. My star would be the grounding of our prayer and our study of scripture, tradition, and reason.
This Epiphany season I invite you to turn down the noise of all the fractious dialogue that is surrounding us at every turn. Take a moment to be quiet. Ground yourself in the good news of Jesus Christ. Allow that to permeate your life and you will be amazed by the clarity you can experience. You will be drawn outside of yourself and naturally attend to the needs of those around you. And you will take discernment seriously, asking whether or not this is time to choose a different road of return. 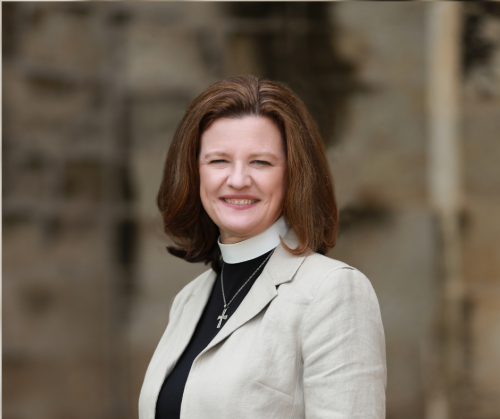 Come on in, the water is fine